As I’m sure some of you are a little confused on how I really plan to race the BMW E36 325is in 2017, let’s pause on the car build for a minute for an explanation. I’m building up the car to adhere to the rules of the Sports Car Club of America (SCCA) Solo Street Touring Xtreme (STX). The SCCA Solo events are where an individual races against the clock for time only, not on the track at the same time as other competitors. The courses are laid out with orange cones in a large parking lot and thus are a relatively safe way to test the performance of a car with few hazards. The only additional required safety equipment is a helmet. Average competitive times for most local courses in my area are around 60-80 seconds. 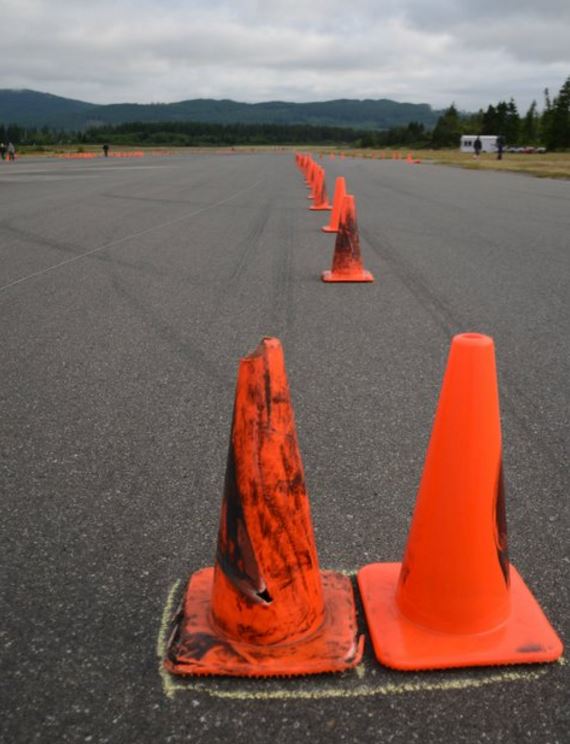 Since all cars are allowed to participate in the events, whether completely stock or highly modified, classes are necessary to divide vehicles with similar theoretical performance. There are actually 49 distinct car classes! Again, these classes range from completely stock to purpose built tube frame cars. I had to decide how much (or little) modifications that I wanted to make and how competitive the car would probably be in that class when built to the extent of the rules. The following were some requirements that I decided on:

After reading the SCCA Solo rulebook in detail, that naturally lead to the Street Touring Xtreme (STX) class. The official description by the SCCA is:

Sounds good so far! I even saw that a BMW 325is was National Solo Champion in 2012 (BMW 328is was the champ in 2008). So we know that the BMW E36 chassis is (or at least recently was) competitive in this class even on a National level.

A quick summary of the rules of the class are:

As you can see, this class is all about handling improvements, not expensive horsepower adders or engine swaps. I would love to rip out the interior for weight reduction but that automatically bumps you up a class.

The SCCA STX class should be a great starting point for me and my BMW E36 325is in 2017. I’ll re-evaluate at the end of the year and see if I still think this if a great class to stick with. Let me know in the comments if you have any questions on the class. Now let’s get back to the build!

2 thoughts on “Whoa! What is SCCA STX and the racing really like?”