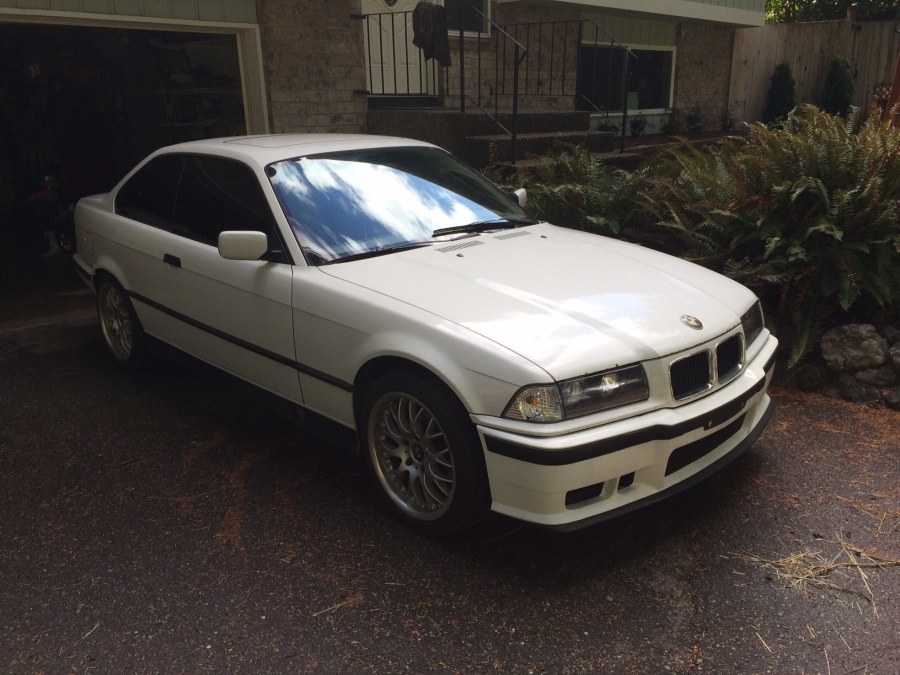 Now that I finally had the car back home (initial picture above), it was time to really dig into it and see where to begin. I knew that the car had a bit of engine vibration and a small oil leak from somewhere so that seemed like a good place to start.

After driving up on some ramps, I crawled under the car and it appeared that someone had just sprayed oil all over everything! It had soaked the undercarriage sound deadening mat, covered the undersides of the steering rack, engine oil pan and transmission. After a ton of scrubbing with shop towels and bronze brushes soaked with cleaner it all started to look halfway decent again.

I then attempted to identify the source of the leak and quickly discovered that it appeared to be coming off the side of the engine block. A little research lead me to the engine oil filter housing gasket. There was a good chance that the original supple rubber gasket had turned to brittle plastic and begun to seep oil. 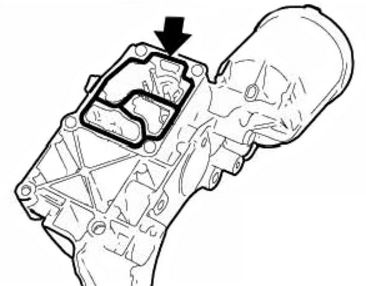 The really unfortunate thing is that this $10 gasket requires quite a bit of disassembly of the auxiliary accessories on the side of the engine. After a quick bit of research about what should probably need to be removed, I just jumped in and started unbolting things. Air filter with tube, throttle body boot, alternator air duct, alternator, idler pulley and a few hoses all came off pretty much without issue. Quite the mess though with oil causing all the dust, dirt and grime from over 20 years of build-up. After cleaning everything on the side of the block, the accessories and the oil filter housing, reassembly was pretty straightforward.

During the oil filter housing gasket replacement I noticed that the upper radiator hose had a slight leak in it so I knew what the next fix was going to be. Radiator hose replacement looked pretty easy so I purchased both upper and lower hoses (might as well do them both at once!) and coolant and dug into it. I used OEM rubber hoses as my research lead me to be concerned about potential fitment and sealing issues with silicone hoses. The car already had a metal thermostat housing, metal impeller water pump and custom dual core radiator so I was all set there. Also appeared to be a new overflow tank but the seals on the cap looked a bit hardened so I replaced that as well. It was a little tight installing the bottom hose but I was finally able to get it into place. While under the car I noticed the next thing that I needed to fix and this one looked a good bit more involved! 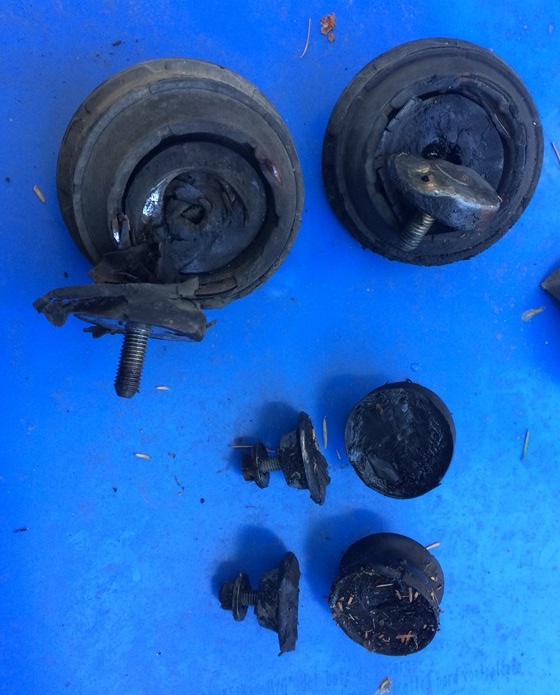 On my old Porsche 944 Turbo (that I no longer have), I installed solid delrin mounts that made everything sound amazing. The motor vibration and gear whine added so much to the driving experience, no radio was needed. I decided to do the same thing with the BMW and found that there were numerous companies that had delrin mounts that would do the job. I settled on Condor Speed Shop due to both the great mount design and amazing price when both motor and transmission mounts were purchased as a package.

With the car still on ramps, I used a combination of two screw jacks to raise the engine enough to remove the old mounts and finesse the new ones in. It’s a tight fit and I worried about smashing the intake manifold against the engine bay bulkhead but I eventually got the engine mounts in. The transmission mount installation was very easy. Just use a jack to raise the transmission, unbolt old mounts and bolt in new ones.

With everything back together I went for a ride to see how a BMW E36 sounds with delrin mounts. Definitely loud at higher rpm! There’s a ton of engine vibration transmitted, not much transmission gear whine noise, and you’ll know what’s loose in your door panels and dashboard. A new project will definitely be to pull off the door panels and figure out what in the heck is rattling around in there so much! Probably couldn’t live with it as a daily driver but that’s not the plan for the car so no problem. Bonus is that my kids think it’s absolute hilarious to ride around in it as it sounds like no other car they’ve ever been in.

That’s pretty much the end of the notable necessary repairs (or at least that I had identified at this point) so now it was time to start making some upgrades. Nice!